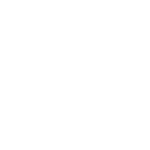 Before the slava there is a blessing of the water taking place in the home of the celebrants; the priest blesses the water – the holy water, and on the feast day be it in church or in a home he blesses koljivo (wheat) and the slava cake, which he slices following the shape of the cross and pours red wine over it.

So, one needs to bless the water at their home and prepare the slava cake of wheat flour, the slava candle, koljivo (wheat), red wine, frankincense and oil for the slava.

Everything has its higher importance and special meaning in the liturgies of the Orthodox church, and so does the slava ceremony.

The slava cake represents a sacrifice – but the type of a thanks-giving sacrifice we offer to God for being saved through Jesus Christ and His suffering from the disaster we would not have otherwise escaped because of our sins.

The incisions in the shape of the cross that the priest makes on the slava cake represent the passion of Christ he suffered for us, and the act of pouring wine (a symbol of blood) over the sliced slava cake means that we were cleansed of our sins with the blood of Christ.

The slava candle should be made of pure bee wax, and it also represents an offering – the purest and the most innocent; just like the bees make honey gathering the sweet smeling nectar from various pure and odorous flowers, the prayer of the celebrant and his family should also spring from his pure heart and odorous untainted soul.

The slava candle, is, hence, the symbol of the celebrants’ wish and desire that they meet the light of the life – the Lord God and His Son Jesus Christ, the light of the life enlightens their mind, illuminates and strengthens their inner virtues leading them the way to spend their time on earth living an immaculate Christian life, and the Christian love burns in their souls just like the flame of their slava candle burns!

The slava wheat – koljivo. (It is important to note how the wheat came to be used. The Emperor Julian called the Apostate, which means the Transgressor, accepted Christianity in his youth, but when he became Emperor (361-363) he renounced Christ and once again was an idolater and a great persecutor of the Christians. Knowing that the Christians fast the Great Lent, especially its first week to  partake in Holy Communion, he wanted to mar the regulations of the Christian church. That is why he gave a secret command to the Supervisor of Constantinople to sprinkle every food on the market with blood of the sacrifice offered to the idols to tarnish the Christians. But the holy Theodore Tyro via Eudoxius, the Patriach of Constantinople warned the Christians against bying food on the market and told them to boil koljivo – wheat with honey – and eat it. And they did, and for the whole first week of the Great Lent they ate only the koljivo. To honour that the Orhodox church introduced the the act of boiling the wheat, and it is given to people on Friday and Saturday of the Great Lent’s first week after the service. It was later introduced into the celebration of the christened name – slava). [6]

The koljivo is prepared as an offering of thanks-giving to God for the fruits of earth He has given us, and in the memory of the saint we celebrate, as well as in the memory of our ancestors who lived in faith and who gave their lives for faith.

Slava ceremonies and customs are performed for the living – for their health, progress and well-being, but it is only natural that a Christian remembers their dead ancestors and relatives, and to say a prayer to God for them during the feast of the saint – their shared saint, the same saint they used to venerate and pray to.

It should be pointed out that the koljivo for the slava is not prepared so the celebrated saint’s soul may find peace, as some incorrectly think! All saints are alive and in front of the Lord as our representatives and mediators in our prayers!

That is why the slava koljivo is prepared for every slava day, even for Archangel Michael, St Elijah, and the feast days of the Theotokos and Christ!

Sugar which is mixed with boiled wheat in koljivo symbolizes the blissful life – the life of heavenly sweetness for the righteous Christians after they pass away, the life they deserved with their life and deeds on earth.

Oil, which is offered in the oil lamp, also represents the offering to God.

Frankincense, that is, the censingsymbolizes our prayer, which should spring from a pure heart, so the Lord may find it pleasant and dear, just like we find pleasant and dear the smell of frankincense and myrrh used for censing (compare to Psalm 141: 6).